In accordance with the Rules of Procedure of the CESNI, representatives of States that are not members of either the European Union Central Commission for the Navigation of the Rhine may be invited to take part in the work of the Committee and its working groups.

The experience and expertise these Observer States have with regard to inland navigation constitute a valuable bonus for the work of the Committee and its working groups, and lend further weight to the standards drawn up by the CESNI in the field of inland navigation in Europe. 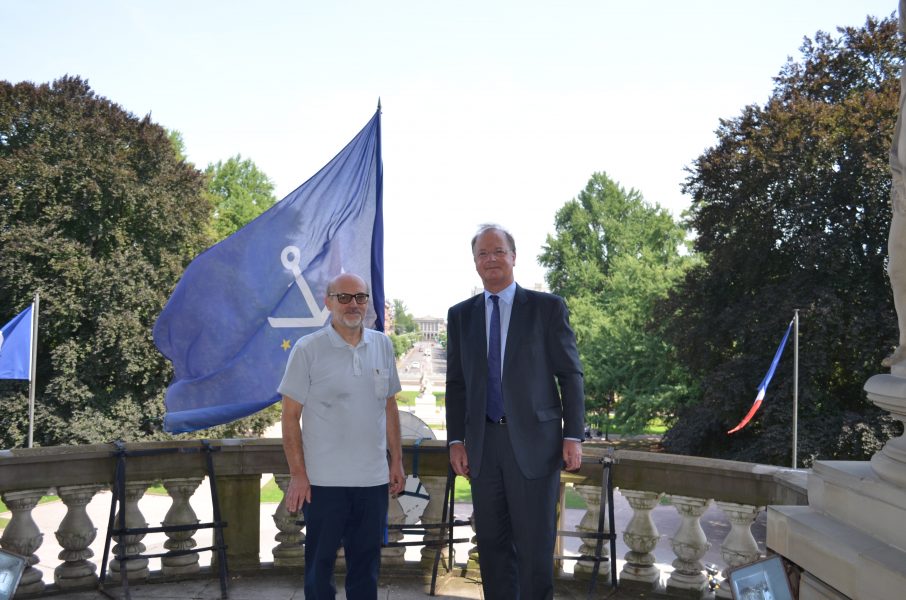 Mr Jovanović, Consul of the Republic of Serbia, and Mr Georges, Executive Secretary of the CESNI, at the Palais du Rhin on 19 July 2017 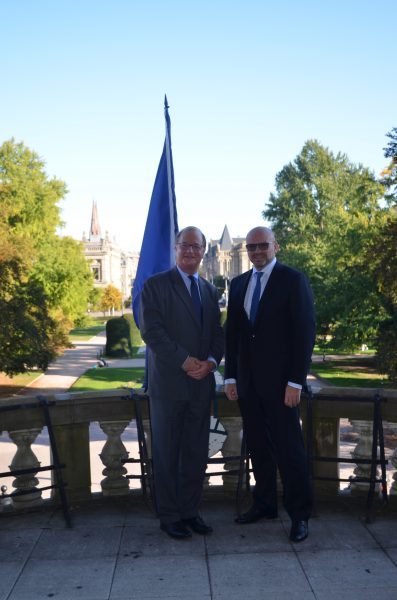 Mr Shalamay,  director-general of the Shipping Register of Ukraine, and Mr Georges, Executive Secretary of the CESNI, at the Palais du Rhin on 18 October 2017 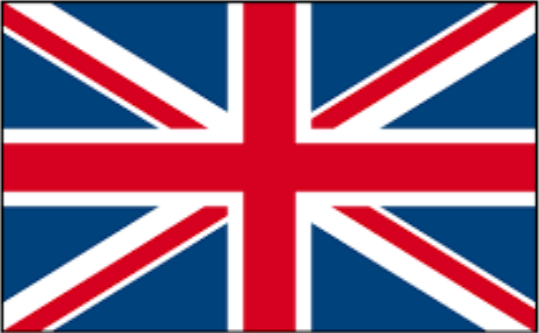 Procedure for becoming an observer State

A State wishing to be granted observer status must apply in writing to the Committee through the Secretariat; in its application it must undertake to abide by the conditions set out in Article 2 of the CESNI’s Internal Regulations on the Status of Observer States:

For further information on the procedure, please refer to the Internal Regulations on the Status of Observer States: FR / DE / NL / EN