Introduction of electronic documents: fruitful exchanges at the CESNI workshop

The development of digitalisation is a key challenge for inland waterway transport (IWT). As stated in the Mannheim Declaration adopted by the Central Commission for the Navigation of the Rhine (CCNR), it contributes to the “competitiveness, safety and the sustainability of inland navigation”. Furthermore, the European Commission (EC) has identified “a paradigm shift towards further digitalisation” as one of the core objectives of its inland waterway action plan, NAIADES III.

One of the overarching topics is the introduction of electronic documents, notably for the Rhine but also for other rivers in Europe. This subject is key for the European Committee for drawing up standards in the field of inland navigation (CESNI) and its working groups, dealing with information technologies (TI), technical requirements (PT) and professional qualifications (QP). Against this background, a workshop on the introduction of electronic documents in the field of inland navigation was held on 8 September 2022. 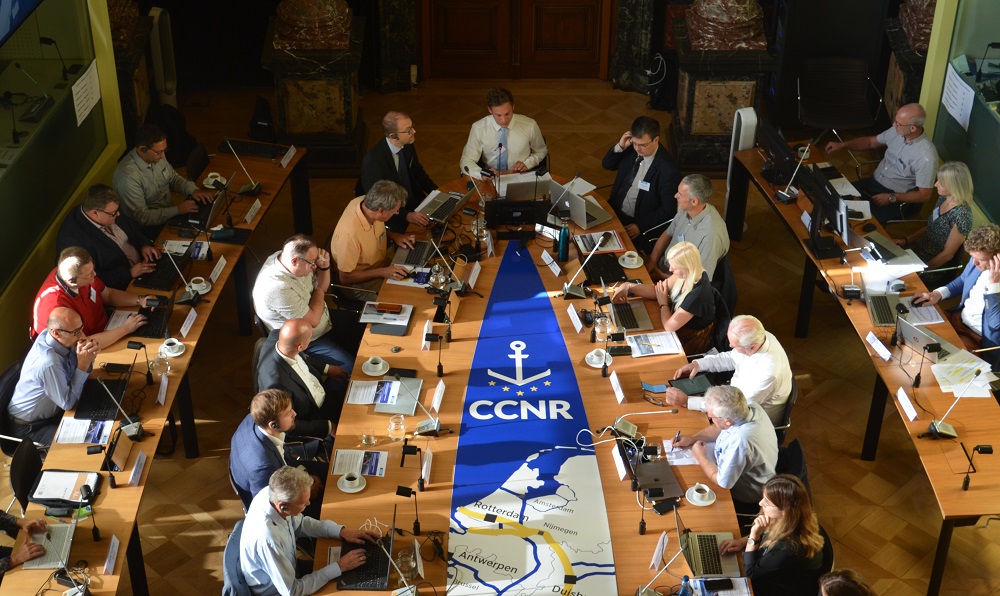 “Electronic documents are important because they can play a role in increasing the safety of navigation as well as in the modal shift and in easing the integration of IWT in the logistic chains. This may be through the reduction of the administrative burden, or by supporting the whole process,” said the Chair of the workshop, Christoph Plasil (Chair of the working group in charge of information technologies of CESNI).

The first objective of the workshop was to gather together the best practices related to the digitisation of documents, in IWT or other modes of transport. Learning from existing projects or initiatives provided a better and more thorough understanding of the advantages, constraints, and challenges at stake, also during the implementation phase. The second objective was to identify which type of electronic document might be recommended or used for some key documents referred to in the CESNI standards.

Examples of good practices – including from other modes of transport – were showcased during the workshop. The E-CMR project concerns the dematerialisation of a major document used for international road transport, the “consignment note”. The company Kiwa Digital Certification works on the implementation of an ISO standard for the digitisation of personal documents in the maritime domain, using smartphones. The company Bluecentury provides a platform for dematerialising numerous processes. The presentation was a great opportunity to acknowledge the developer’s perspective on the challenges of dematerialisation, as well as its overall approach to this topic. The company Danser gave a presentation on their needs and achievements to dematerialise documents for container vessels in the inland navigation sector. This shed light on the perspective of a large fleet operator facing day-to-day dematerialisation-related difficulties. The company viadonau presented the “CEERIS” system, a corridor reporting platform which a boatmaster or fleet manager can use. It aims at reducing the administrative burdens and at simplifying cross-border voyages along the Danube by “reporting only once” with “single entering of data”.

The perspectives of regulatory bodies and their policy in the domain of electronic documents were also presented. The EC provided information on the e-tools initiative, which focuses on the dematerialisation of crew-related documents. The CCNR explained the continuous evolution of its regulations, which regularly introduces more information in an electronic format. Two examples were given: electronic reporting is now mandatory for a large portion of the vessels navigating on the Rhine while many documents can be presented in electronic format to the police authorities, in case of controls. From the regulator’s perspective, dematerialisation is an opportunity but also a challenge.

“The need for public and open standards has been stressed several times. The CESNI may play a role in this regard, although some standards already exist. A common reading and understanding on the content of the standards is needed, to avoid any margin of interpretation. A legal framework is also necessary to give the same value to electronic documents than to paper documents,” Mr. Christoph Plasil added.

Stakeholders from the profession, ports, national authorities and international organisations also participated in a panel discussion moderated by Mr. Henk van Laar. This ensured a cross-cutting exchange on:

Possible challenges and difficulties to overcome require a sound infrastructure and network coverage along the waterways, as well as appropriate training and equipment for crew members and control authorities. The topics of the protection of personal data and of cybersecurity must also be addressed. The introduction of electronic documents would need a step-by-step approach to ensure acceptance and a swift implementation. It is also important to keep people at the centre of digitalisation and not forget that a fair share of human interaction must remain to ensure a sustainable transport system.

Nevertheless, the dematerialisation of documents and its advantages cannot be denied. The access to the latest relevant information, anywhere, at anytime and possibly in different languages would be a major asset for IWT. Dematerialisation would also ease the issuance, revocation, and access to certificates. Furthermore, key actions could be easily traced in a transparent way. Controls would also be easier, with the possibility of carrying these out remotely if needed. Finally, the use of electronic documents is cost-efficient and more environmentally-friendly.

“A lot of initiatives exist, but the key word is “harmonization”. Harmonization of policies, tools, datasets, as well as practices and procedures. It is also important to develop this at an international level, with the Member States of the EU, the CCNR, the Danube Commission or any other international organisation,” concluded Mr. Christoph Plasil.

The workshop provided an important step towards a common understanding on the introduction of electronic documents in inland navigation. The different working groups of CESNI will now analyse and process the fruitful exchanges of the meeting, as well as develop recommendations on the gradual implementation of electronic documents in the inland navigation sector.

The CESNI workshop took place on 8 September 2022 at the Palais du Rhin, Strasbourg, and was streamed online. It was chaired by Mr. Christoph Plasil, member of the Austrian delegation to the CESNI. Around 100 participants – 55 in Strasbourg and 45 online – took part in the meeting. The variety of participants, who came from 11 different countries and diverse backgrounds (IWT profession, waterways and ports authorities, shipper associations, river commissions and IWT international organisations, etc.), led to productive and comprehensive discussions.