First meeting of the exam commissions for professional qualifications 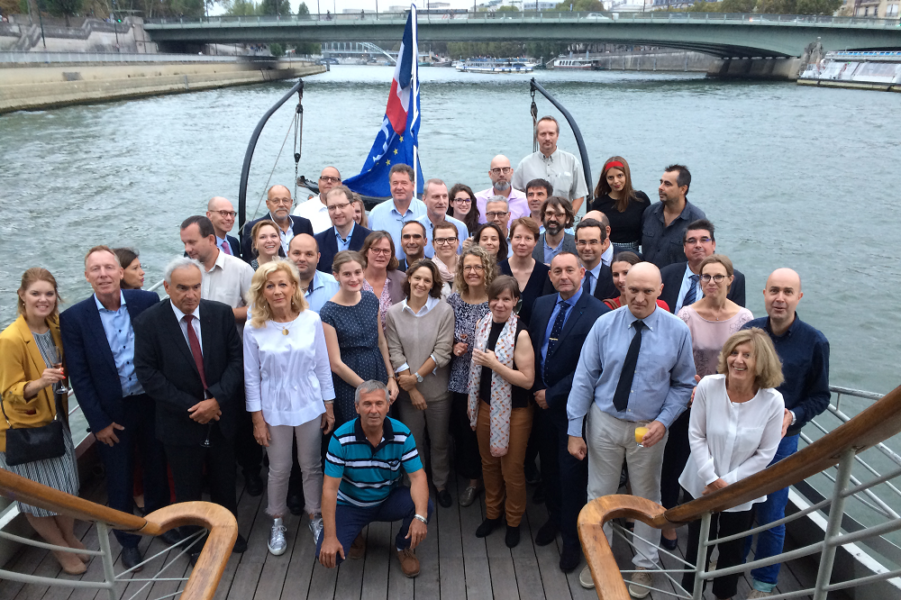 Paris, 7 September 2018 – The first joint meeting of the exam commissions responsible for the assessment of inland navigation deck crew members was held in Paris on 4 and 5 September 2018. This meeting, organised under the auspices of the European committee for drawing up standards in the field of inland navigation (CESNI), is the first of its kind, taking place at the start of a new era in the field of professional qualifications in inland waterway transport.

Almost 50 experts from 9 CESNI Member States and three River Commissions answered numerous questions on the practical application of the draft standards for competence and practical examination and took part in an intensive exchange of opinions and experience at several rounds of discussions.

Participants were welcomed by Francois Alabrune, Head of the French Delegation at the Central Commission for Navigation of the Rhine (CCNR), and the kind host of the meeting, General Director Jean-Marie Aurand of the International Organisation of Vine and Wine (OIV). Ambassador Alabrune particularly emphasised the key role of the proposed standards – which are likely to be adopted by CESNI in November 2018 – in promoting the convergence of regulatory frameworks at the European level, including on the Rhine and on the Danube, and called for further close cooperation within CESNI to ensure  the consistent application of the standards. Vojtech Dabrowski, expert from the Czech delegation, was a knowledgeable and efficient chairman.

After the two days of the meeting, some 30 questions submitted by the experts on the application of the new directive 2017/2397 and on the CESNI work referred to in the Directive and the future Rhine regulations had been largely addressed. The expert discussions on the application of the standards related to the new legal instruments also generated numerous proposals for harmonised implementation.

Moreover, this meeting was also an opportunity to inform experts in the field about how CESNI works, the evolution of international regulatory frameworks and the CESNI standards’ foreseen entry into force in January 2020. Notwithstanding CESNI having made possible convergence between European regulatory frameworks, what is now required is the correct implementation of the Directive and a modification of the rules applied by river commissions to maintain a high level of safety, to safeguard a high level of qualification and to ensure fair inland navigation conditions. The role of the exam commission experts in this implementation and in supporting the emergence of innovation was especially highlighted.

The meeting also allowed enough time for personal exchanges with counterparts from other countries, assisted by the interesting outline programme arranged by the French hosts in Paris, a city with a special atmosphere. The contacts made or renewed at the meeting will without any doubt promote international collaboration among the experts.

The results will be published by means of a report on the application of qualification standards. They also might give substance to further work in CESNI, in particular with a view to the definition of the work programme of the committee for 2019-2021, which will be discussed at the next committee meeting in November 2018.