Owing to the COVID-19 pandemic, the meeting of the European Committee for drawing up Standards in the field of Inland Navigation (CESNI) took place on Thursday, 30 April 2020 by video-conference, following the successful experiences of the CESNI/TI and CESNI/QP permanent Working groups that had met earlier in April. Nine member states (Austria, Belgium, Croatia, the Czech Republic, France, Germany, Luxembourg, the Netherlands, Switzerland) along with the European Commission, the river Commissions (Danube, Moselle, Rhine, Sava) nine approved organisations (CEMT, EDINNA, ETF, GERC, IVR, ESO, SEA Europe, EBU, VBW) and Ukraine in its capacity as an Observer State took part in this meeting. In this highly unusual context, the meeting of the Committee was chaired by Mr Vojtech Dabrowski, representing the Czech Republic. 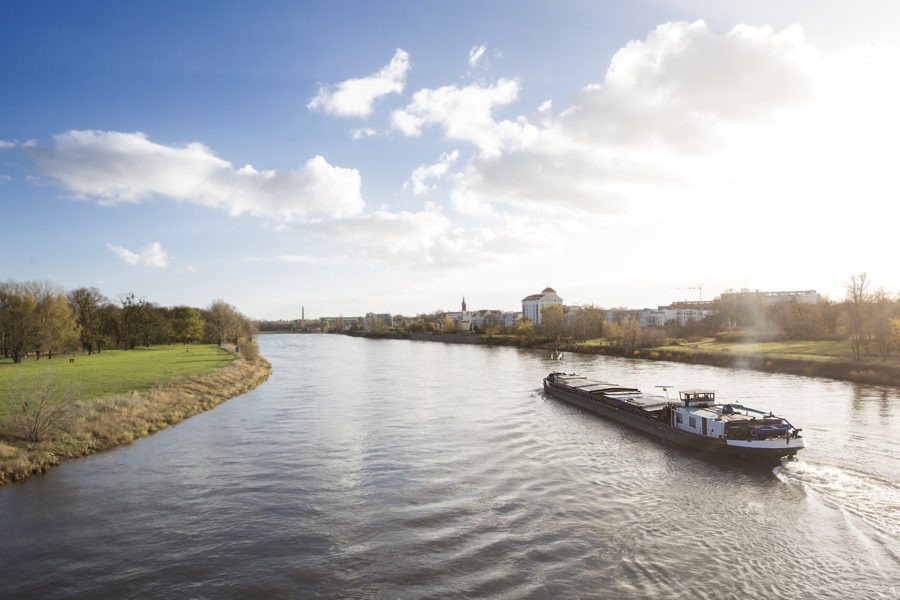 The discussion focused on the current crisis triggered by the COVID-19 pandemic, and its serious repercussions for European inland navigation.

All those attending the CESNI meeting wished to convey a common and coordinated message in support of the sector in these difficult times. Pending imminent legislative measures, in particular at CCNR or European Union level, the CESNI advocated the drafting of an open letter recommending that Member States do not impose penalties should the validity period of certificates, attestations and other inland waterway transport-related documents issued by national authorities be exceeded, while continuing to pursue its safety and sustainable development objectives for inland navigation. The Committee also wished to invite the sector and inspection bodies to continue and/or resume vessel inspections and certification to the greatest extent possible. Finally, the CESNI agreed to review, assisted by its working groups, its 2019-2021 work programme in light of the health crisis.

The important discussions that took place during the meeting confirmed the CESNI’s role as a European platform for dialogue that is especially suited to this type of issue, while remaining aware of its jurisdiction. In light of the current crisis and its extremely severe impact on the European inland navigation sector, cooperation between all inland navigation players, including the States, European Union, the river Commissions and representatives of the profession and of the sector, will be needed more than ever before in the months ahead.

The activities of the CESNI and of its working groups in the fields of technical requirements for vessels, professional qualifications and information technologies are essential in ensuring the sustainable prosperity and safety of European inland navigation.

In the field of technical requirements for vessels, the setting up of a temporary working group on fuel cells aboard inland navigation vessels was confirmed. Set up in response to a German proposal and in close association with the other Member States and the sector, the new temporary working group’s primary mission will be to develop draft technical requirements for the use of fuel cell systems aboard inland navigation vessels. The anticipated proposal will also address fuel storage, distribution and handling (in particular methanol and hydrogen). The CESNI has again confirmed its role of supporting innovation and assisting pilot projects.

At the same time, the CESNI approved the publication on its website of a guide entitled “draft guide for the hull survey report model file”. This model, developed in response to a proposal by Croatia and following the valuable discussions that took place at the meeting of the vessel inspection bodies held in Vienna in 2018, is intended for any such bodies that do not yet possess such tools.

Finally, the draft of ES-TRIN 2021/1 was also finalised, the CESNI meeting having been an opportunity to examine the final remaining issues and to plan its adoption, scheduled for October 2020. Subject to the necessary amendment of the regulatory frameworks (in particular those of the EU and CCNR), this new edition of the European Standard laying down Technical Requirements for Inland Navigation vessels is scheduled to come into force at the beginning of 2022. The main themes of the 2021 edition are:

The CESNI Secretariat is working on draft explanatory notices for all these amendments.

Finally, the Committee invited its CESNI/PT Working Group to continue its work on waste water collection and disposal facilities. This priority subject concerns facilities aboard passenger vessels already in service. Additional work will enable the impact of such a measure to be assessed at European level. This work will be conducted in 2020 and presented at the Committee’s next meeting.

In the professional qualifications field, the CESNI meeting was an opportunity to examine two new standards, finalised by the CESNI/QP Working group at its virtual session on 22 April:

The adoption of these two new standards is scheduled for the CESNI meeting in October 2020. They will supplement the European frame of reference that is the ES-QIN, the European Standard for Qualifications in Inland Navigation.

The April meeting was also an opportunity to approve the publication on the new dedicated CESNI/QP web page of explanatory notices for the ES-QIN 2019. This informative document focuses on standards for crew-related model documents adopted in October 2019:

The explanatory notice documents the features of the models, the instructions to complete them and the consequences associated with their use. It also gives an overview on the current situation in inland navigation regarding this topic, providing details on the needs to be addressed by the models, possible alternatives and benefits of the adoption of the standards.

In the information technologies field, the CESNI has made a policy decision to create a new European Standard for River Information Services, known as ES-RIS. This standard will consolidate all the river information services technical specifications (Inland ECDIS and Inland AIS standards, notices to skippers, electronic reporting and Test Standard Inland AIS). An initial draft could be available at the end of 2020/beginning of 2021.

The CESNI was pleased to grant the EADINS the status of approved non-governmental organisation and has invited the association to participate in its future work, especially in the information technologies field. EADINS is a not-for-profit non-governmental organisation under Belgian law. It represents numerous companies involved in developing software, both aboard and ashore, in the river information services field (RIS). It is actively involved in implementing both RIS and inland navigation automation and digitalisation solutions.

Finally, the CESNI discussed various aspects relating to its internal functioning. Accordingly it addressed the status of the Observer States involved in its work, and in particular in its temporary working groups. It was agreed to continue examining this subject over the next few months. The Committee also came out in favour of amending its Rules of Procedure concerning the adoption of standards, providing for the addition, in exceptional circumstances, of the possible recourse to a written procedure. While the planned amendment will be formalised in the next few weeks, the Committee agreed to remain seized of this particular point of its Rules of Procedure.

The next meeting of the CESNI is scheduled for 13 October 2020 in Strasbourg. Barring unforeseen circumstances, the Committee is looking forward to welcoming its members back to the Palais du Rhin in the near future.

Finally, a package of communication activities have been scheduled for 2020 to mark the 5th anniversary of the CESNI, which was set up and first met in June 2015. They will include the publication of a quiz on the CESNI, as well as a special event pitched at inland navigation schools and training institutes. With the objective of raising awareness of and conducting a dialogue on the Committee’s missions and activities in the European inland navigation arena, the meeting should be organised as part of the CESNI/QP’s forthcoming meeting on 4 November, in collaboration with EDINNA, the social partners and several local players. Additional information on this initiative will be distributed at a later date.